As Ingone music has been put out at various occasions, in various forms, it’s not until now that there is a proper, official Inagone release out. I’ve been thinking about it for years now but never really had the opportunity or the time to dig into it and finish it. I’ve always thought that the recordings that we did between 2007-2012 were too good not to be released properly, that they didn’t get the attention and treatment they deserved. But now was the perfect timing for me to dive into it and finish the editing, compiling and mix the songs for a first release. I decided to go with the first songs I ever wrote for Inagone, aslo being the first songs that we recorded, “Where It Begins” and “Look and You’ll Find” and I also added the stripped down song called “Unclose” featuring only vocals and acoustic guitars and yeah, they are out now as a three-song single called “Where It Begins”. 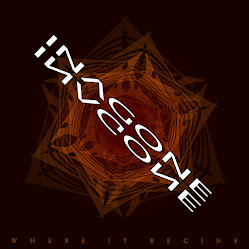 It was recorded 13 years ago by me and I mixed it now in October 2020, all music and lyrics are written by me, I produced it and perform all the guitars and also some backing vocals, Per Linzander performs all the lead vocals and some backing vocals, Andreas Mallander the bass (on this recording actually fretted bass) and Vesa Kallio the drums - So the Inagone line-up, the only one there ever was. It was truly exciting to mix what we recorded 12-13 years ago and come to realisation that what we did was even better than I remembered it to be and I really really love our performances on these songs, we had such great chemistry and balance going on and I think it really shines through in this recording. “Where It Begins” is out now and you’ll find it at all the digital music providers. Enjoy!

Aside from that I’m right now working in the studio mixing my next PM Saari release, which will be a bit different two-song single, and slate to be out in the beginning of 2021. I'm also preparing to start recording bass and guitars for the release after that. Due to the total absence of live dates we’ve also taken the opportunity to have some fun down in the Bunker (out rehearsal studio that is, also called the “Red Room”), jamming through some interesting covers, some of them pretty tricky to nail (at least for me), some more or less impossible (at least for me). Mainly for the fun, but also to challenge ourselves and we’ll see, we might just run through some of them in front of a video camera later on and throw them out just for the hell of it. We’re not that comfortable in front of a camera, I mean we belong live on stage, but we’ll see if we can pull ourselves together.

Anyway, it feels great to be moving through all the obstacles at an acceptable pace forward, just hoping it will last. Taking a deep breath and a hopeful step over to 2021.

Have a good one.

New single, “Between”, out now

So, long time coming, and many turns later, I finally have new music out, my first release in four years, since my debut solo album “The Opening” that was released at the end of 2016. It’s a two-song single called “Between” that was originally meant to be a “mini-between-release” between my first album “The Opening” and its followup full length album “The Awakening”, hence the title (mainly, of course among other references) but “The Awakening” has been postponed, pushed into the future and other releases will be finished and put out before it. However "Between" will still be a release between releases so.

I’d say it’s pretty much in the “The Opening”-vein, melodic and progressive hard rock/classic heavy metal (?) and consists of the heavier “Between Seasons” and the faster “Burning Air”, both songs written and arranged by me. It’s produced and mixed by me, recorded and mixed at my Beyond Dimensions Studio and mastered at Abbey Road Red/CloudBounce. The mixing and mastering is somewhat experimental and it's most likely to be followed by a remix/remastering in a not too distant future. All guitars, vocals and percussion are performed by me and the fretless bass by Andreas “Drake” Mallander and the drums by Patrik Idman, so my current power-trio live band. When it comes to my performance on this one I can assure you that I’ve really outdone and pushed myself when it comes to vocals and guitar, and yeah, you'll even find some bongo drums and maracas performed by me in the middle section of "Between Seasons"(!). I put a lot of effort in the arrangements and production as well, so a lot of hard work to get things where I wanted them, and as I see it I didn’t have a choice, the songs demanded it.

You’ll find Between digitally at your digital music provider of choice, a handful of them directly linked here below, and there was originally plans to release it on vinyl, but due to the situation in the world now and the absence of live gigs, that plan is somewhat off, depending where thing's are heading.

Feel free to share the links and spread it to support me. Thank you.

Through the dictations of the world 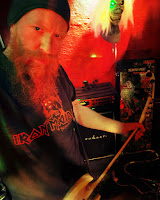 So here we are, thought I would post this some months ago but as we all know things have been happening turning the world a bit around and upside down lately. (Even though I must admit that it feels a bit like I'm using this as an excuse for my absence here.) The collaboration plans we had getting out playing live in the end of 2019 backfired so there were no live dates at all and then Da Rona hit when we were supposed to get out the next round. So plans had to change and we went into total recording and rehearsal mode instead.

So I’ve been rehearsing with Mr Mallander and Mr Idman, the PM Saari Band that is, and it’s been real great getting down to the bunker as often as our tight-scheduled life allows and letting the creativity flow out in its purest form, at the same time uniting, tightening us as a band and having a great time. We’ve put in quite a bunch of new tunes into the live set, even though they’re not released yet, and we can’t wait to get back live on stage with it all (whenever that will be). We’ve also been jamming a bit with various covers lately, so we’ll see what might come out of that. 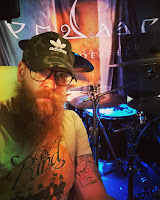 I can also, finally, confirm that the recording of the vocals (and everything else since many, many months back) of the first upcoming release, a two-song EP that will be called “Between”, is finally finished and it’s now off to be mixed. It will be released after summer and I can assure you that it sounds killer even pre mix - two Saari-style heavy metal/hard rock songs with strong melodies woven together with progressive elements and exciting arrangements. The second release, which also is a two-song EP, is almost done recording wise and its release will follow just months after the first. We’ve also, as times are as they are, started the recording of yet another EP that will be released before the next full length album, “The Awakening”. So there are three EP’s on the way, and note that they will not feature any songs that will be on “The Awakening”. 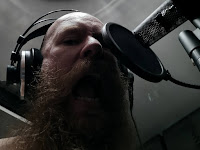 My vocal troubles, or rather throat problems, have kept troubling somewhat, and also held things back a bit the past year. The good thing is that this has forced me to start really digging in and working with my voice and vocals. Also realising now that it was pretty unfortunate that the vocals on the two songs on “Between”, the first release out, was for me the most difficult, hardest and most demanding that I’ve ever written, but I pushed myself way beyond what I thought was possible and there they are. I’ve also never ever before worked as deep and intensively (fanatically?) with the production and arrangements as have done on these two songs on “Between”, so I'm really excited to get it mixed and out.

So despite it all I’ve been working with music, quite a lot, and hopefully I'll get up the pace getting music out to you more frequently very soon as well, both recorded releases and live shows.