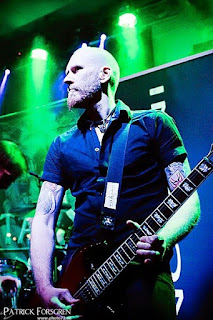 We’re just about ready to start booking live dates with the solo band and we're all really excited and looking forward to that. As we speak we're running through a handful of some really exciting and cool covers from which we’ll pick out the coolest ones and have them available to throw into the live set when needed to complement the solo tunes. Loads of fun.

I’ve finished the writing, arranging and the pre production work of all the songs of my next upcoming solo album that will be called "The Awakening". The next thing is to start to assemble and involve all the different drummers, it looks like there might be quite a few, and decide who will play on which song/songs and then start recording the drums.

As for the new live project where we'll do our interpretations of songs from the two first Iron Maiden albums as a 3-piece power trio called Järntrean (Fe3), we’ll start the final round of rehearsals in a month and then it’s all ready to take live on stage. Really exciting. 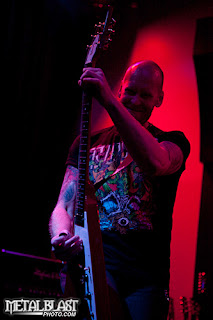 Lizard Eye has finished the rehearsals of the new songs for the upcoming full length album and are going through different options of how it will be recorded, having talks with different engineers and studios. We're also booking some live gigs as we speak which will be announced shortly. Really looking forward to finally get to play the Lizard Eye stuff live again, and with Mr Ralph Rydén back on the drums. Been way too long.

I also have some other studio works in the plans but due lack of time at the moment I’m not sure when I’ll be able to execute them, but when, and if, they happen, you’ll be the first to know.

I am so thrilled to finally get to play live again, was way too long ago and I really, really miss performing live on stage. Playing live is, aside maybe writing the music, the whole deal for me to be doing this and as much an improviser as I am, live on stage is where I belong, where I really am, doing my thing, there and then.