Moving out, moving in 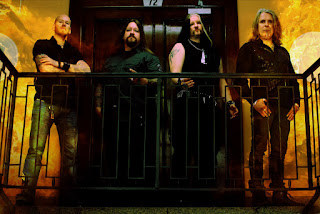 “I have come to the conclusion that the time has come for me to leave Lizard Eye. Not an easy decision after being a part of the band, and the band being a huge part of me, for over 15 years. It’s mainly the lack of time and energy that makes me cut the list of my involvements short and put the focus on my solo stuff. I wish the band, my brothers, nothing but the best, whatever they decide to do following my departure. A massive thanks to Lasse and the other banfd members, both past and present, and all the Lizard Eye fans for all the great times, of which there have been so many. I’ve had a total blast and some of the best moments of my life with you and I’ve learned so much. Cheers! So I will not quit music and you’ll find me under my own-banner, “PM Saari”. My official website is out at: http://www.pm.saari.net and don’t miss to check out my first solo album, “The Opening”, that is out now, and both live shows and new solo-releases are on the way. Over and out. Peace. / PM Saari”

Besides our constant disturbance factor with he solo band, the race against time, we’ve been struggling with some issues that has made us postpone everything PM Saari Band the past year. It was all set off by some beyond our control canceled shows in the beginning of 2017, forcing everything out of phase and schedule. It however looks like we’re back on track now with our first live dates booked for 2018, both in our hometown Stockholm, on Friday January 5th we’re playing at Copperfields and on Sarurday February 24th at Medusa Bar in Old Town of Stockholm and hopefully more live dates will follow shortly. 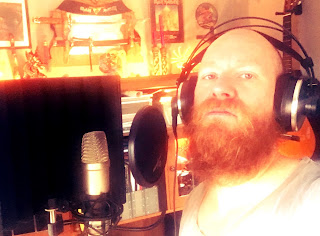 The recording of my sophomore album, which will be called “The Awakening”, will start any day now, well probably after the holidays, and I will allow and dedicate whole 2018 for it to be finished, but we’ll see about that, with no deadline it’s always +/-. This time it will feature pretty strong songs, I’ve been working with the songs more into depth than earlier to suck out the best out of them. I’ve been rewriting some vocal parts and some lyrics here now, and put some even further work on the pre-production, just to push the quality up just a little bit more, and the songs have really turned out way better that I could hope for and I see that there will not be at all that many instrumental songs this time. There will be some guest-performance involved this time as well, so it might end up a pretty cool album. Looking forward to (or being scared to death of?) recording it. I have pretty much material written and demoed and am definitely NOT going for a double album, so I wouldn’t be surprised if there will be a smaller release, some sort of EP,  before or (/and?!) after to the album lands, but we’ll see.

As always there are some other fuzzy plans for a handful of on-the-side or “off”-recordings in the horizon, if the time is given, and also some live dates as well, that with Järntrean (Fe2) and maybe some other various loose project (-s). We’ll just have to wait and see if the stars will align and if there, as always, will be time.

May you have the best of, and safe (felt uncomfortable, but felt I needed to put that word there in times like these), holidays and change of years.
And as always, RnR.