New releases in the works

Yea, I know it’s been a while, again, I’ve been working around the clock for the past weeks or months, again, so nothing new here. Unfortunately not working that much with music. However we have finished the recording of the drums for the upcoming releases and yes, releases in plural because there will most likely be two EP’s and then the full length album, “The Awakening”, this simply due to the fact that I have so much material I want to get out. Since it is now a fact, there will be three or four different drummers on the records, depending on which songs will finally make it.

I’ve also been having some health issues that has affected my singing the past couple of months. This have slowed things down a bit, but I believe that’s all fixed now and am now continuing working on my vocals. I’ve also, again, physically moved my studio and the Saari Headquarters which has taken it’s time but I’m now setled and ready to work with some music and dive into the huge to-be-recorded-bin and start hammering down some guitar tracks. 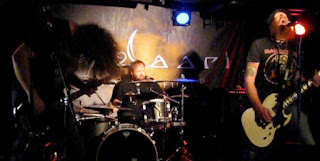 We’ve been rehearsing and doing some shows with the PM Saari Band and are very close to where we want the power-trio that is the live version of it all to be. It’s a pretty hard task and hard work getting it all there, getting the right balance between the ingredients we want in there. Not only do we need to manage playing the pretty demanding material as a three-piece, but also playing it with the right feeling and attitude and with all the improvisation going on, which requires quite a bit, especially in the fast songs where there’s really no time at all to think. So we really have to work up our chops and we’re not ready to compromise on any part, Though it feels like it has taken a bit longer to get where we are today than was originally planned, that’s the way life is for us right now and the main thing is that we’re here now and that we’re getting there.

Here’s some video live takes from some of the past live shows, pretty unpolished and obviously with some tweaking left, but yeah, we’re getting there:

And right for the holidays we also got some new killer items at the Saari Store for you at the official PM Saari merch store at Zazzle, so be sure to check it out: 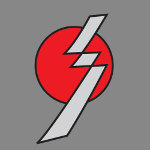 Happy X-mas and merry new year to all of you! Have a great one.