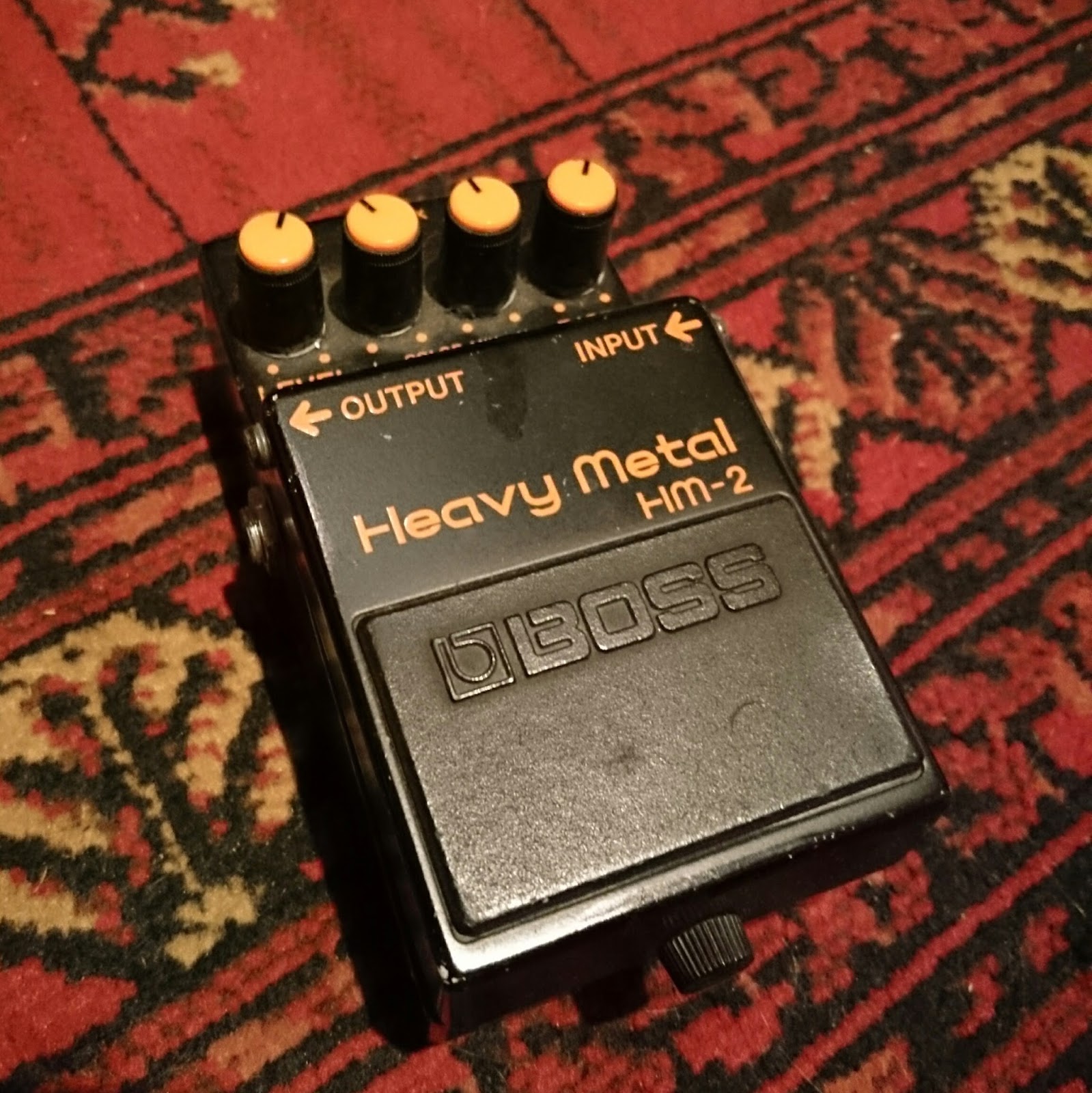 Thought this might be a good time to bring you through my past a little bit, to share my growth and development along with my music and playing, me becoming what I am and my music becoming what it is today. I believe every single step and part of the past is of essence to what became of me as a musician, had one thing been different, I would most definitely have been a different musician, for better or for worse, that I do not know.

Without having playing any instrument at all in my very early years I pretty late picked up my sister’s old classical guitar and started to try to figure it out after discovering the early 1980’s heavy metal when I was about 10 or so. 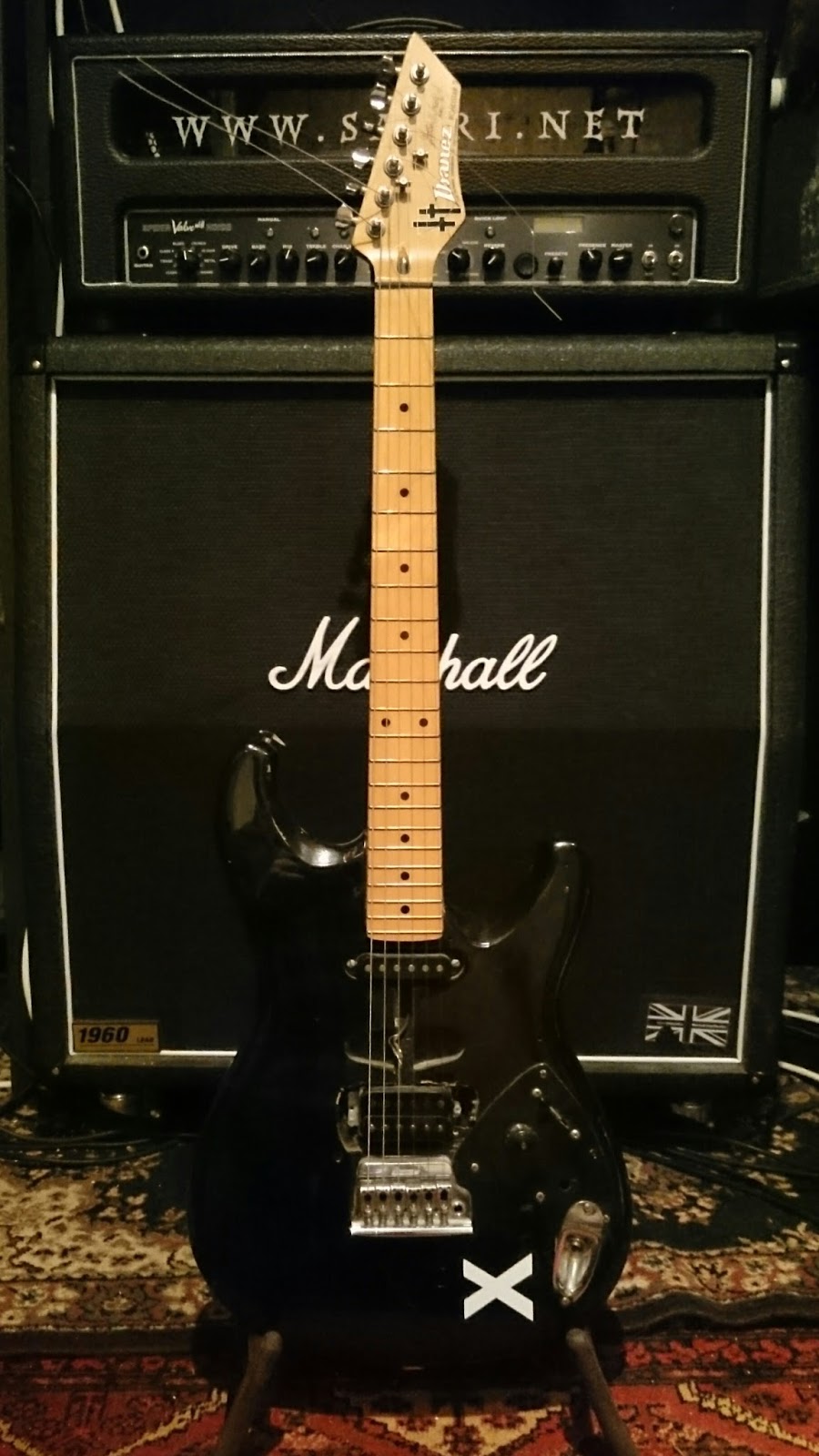 But I'd say it all started when I got my first electric guitar in, I believe some three years later in 1984, a black Ibanez Roadstar II Series, which I through the years (heavily inspired by Mr Edward Van Halen) customized in every possible way. I remember running it through a Boss Heavy Metal HM-2 pedal into the smallest possible Roland Amp - nevertheless getting some real loud sound out of it (ask my parents and neighbors). I actually still have that guitar and the Boss HM-2.

I’ve never been that much into learning things from others, preferring the harder self-trial-and-error way of learning things, but I had a hand-full of guitar lessons from a real cool guy named George Varney, who was both into classical guitar and the blues/rock thing, and I it taught me some important things that I wouldn’t found out myself. It also colored me and brought light on the probably most important part of my writing and playing - my will to mix different ingredients like virtuosity, improvisation, perfection, attitude and feeling; and blending different styles of music. 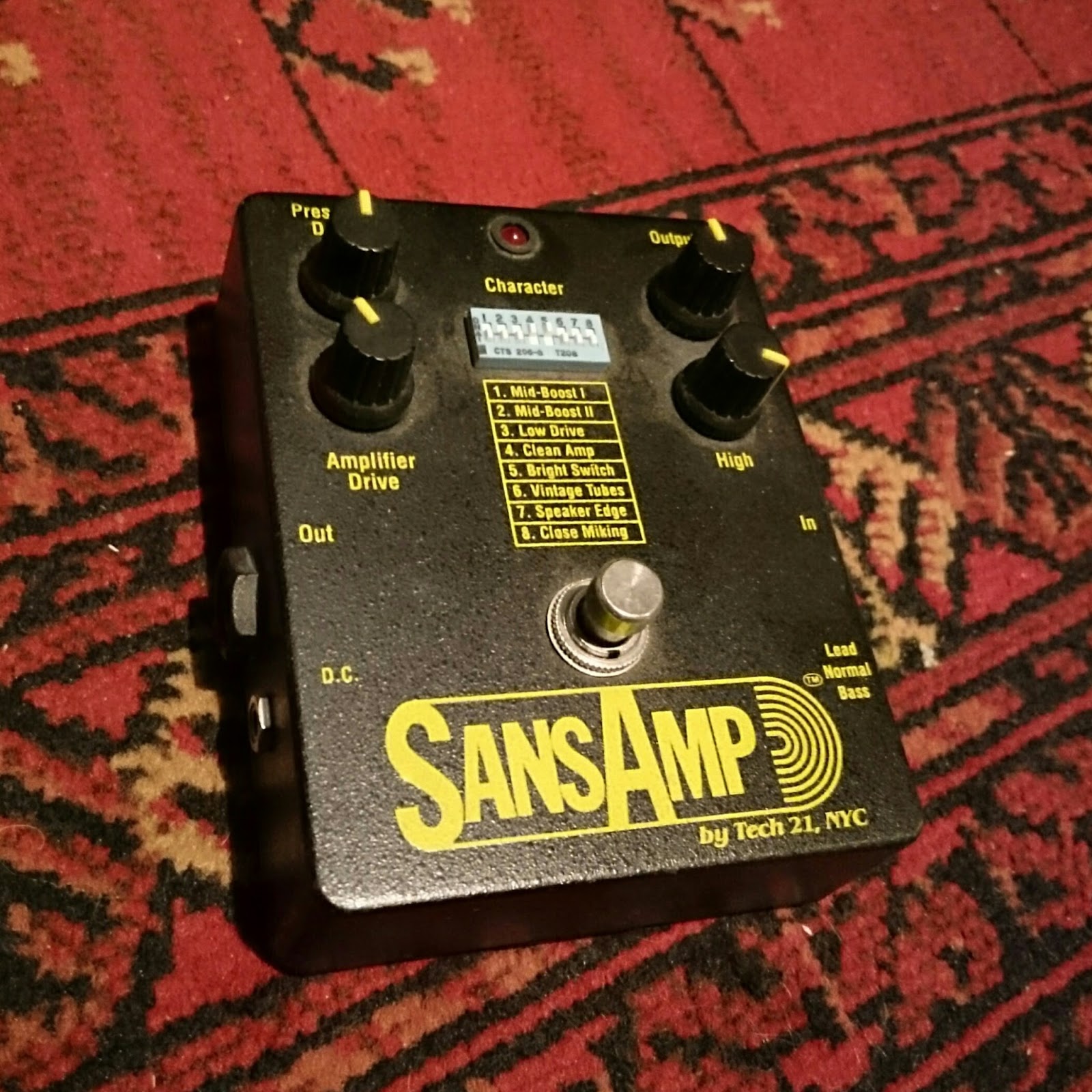 I was into amp modeling/simulation at a very early stage. Always been like: the less equipment, the better, both in numbers, weight and bulk, and still am. I played lots and lots of rehearsals and gigs (and I believe even recorded?) with the very first version of Sans Amp which I got around 1990 (still have it). I mean it wasn't all 100% perfect, but it was a very interesting and revolutionary piece of equipment and I loved it - I made it work and pulled out the sounds I wanted our of it. I off course have had loads of amplifiers through the years, back then some Marshall 800 and 900's, heads and combos, a Roland, a Peavey and a Crate, all tube, but I was always drawn to the simpler, easier, way more convenient solutions that I could carry in a backpack and with as few cables as possible, as I am today. 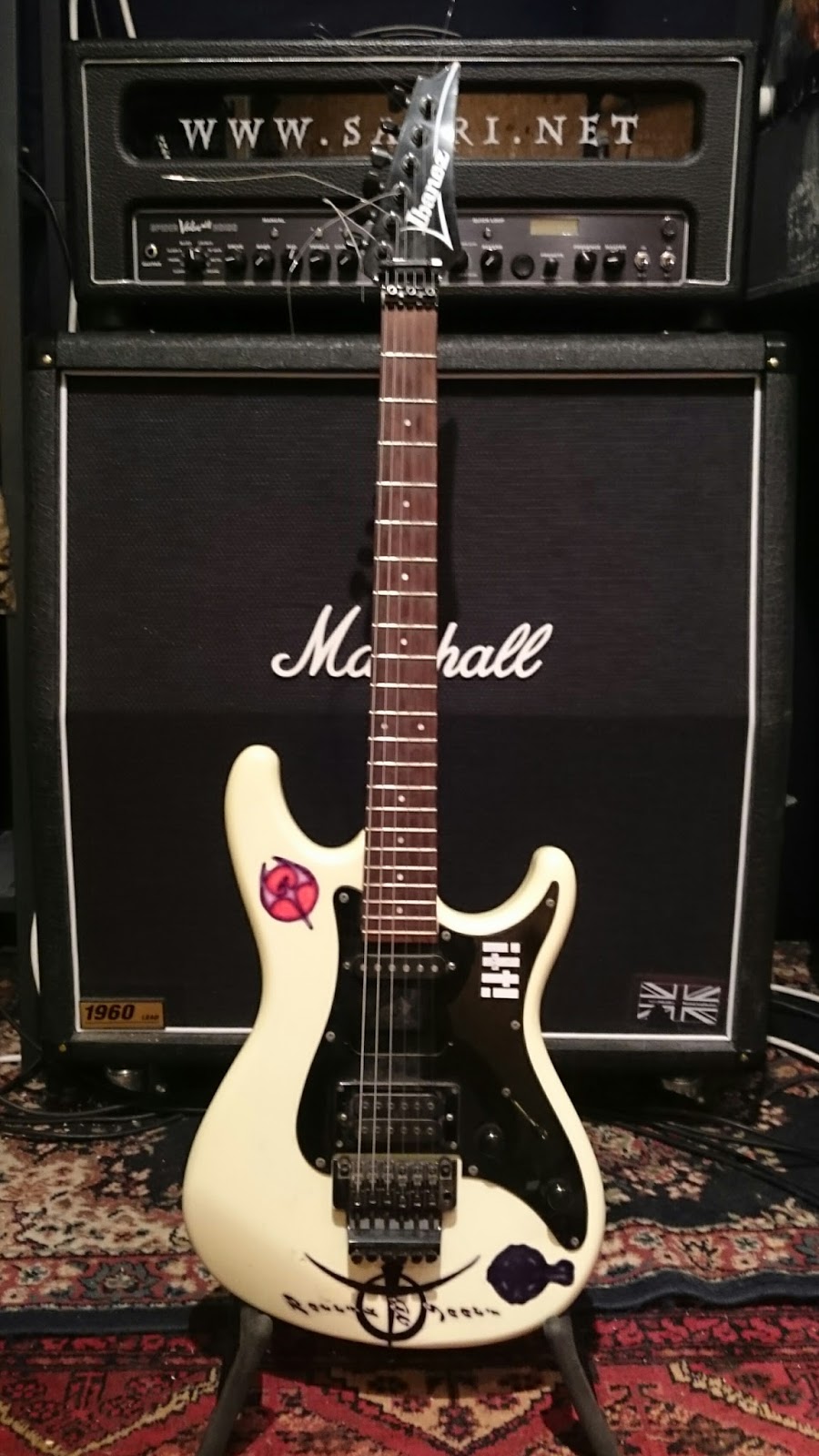 My second guitar was another Ibanez Roadstar, I believe a bit unusual guitar, a white (a bit sparkling/metallic) one with black pick guard (both Adrian Smith and Jake E Lee played guitars in those colors back then, so off course). It had Floyd Rose tremolo, which I had floating, a locking nut and the then new Ibanez head and the only customizing I had done on it was changing the humbucker to a DiMarzio and removing the middle single coil (I had the middle position of the pick-up switch so it would silence both pick-ups so I could do the Randy Roads pick-up-on/off-switching-thing without a Les Paul. Had that on the first Roadstar as well.) It was a much better instrument, more pro all the way through, and I really loved that guitar and still have that one as well. I went with those two axes for a long time. I was really into whammy-bar playing back then and I were a high consumer of bars since I managed to break them in two pretty often.

I have always been a band-guy, into having and being in a band and I remember us starting bands before even any of us had started to play instruments. But it wasn't until some years later that I joined my first real bands, that rehearsed and performed live, of even actually played at all. One of the first real ones was Elements Of Crime, or Underground Hitsquad as was the band name in the beginning. In 1991 I was filling in for the original lead guitarist for a gig and had to learn some 15 punk songs in two weeks. I played mostly Yngwie Malmsteen stuff at that time and thought it would be a piece of cake - it most certainly was not. Truly hard for a guitar player grown up on riff-based songs to learn all those different changes of basically the same chords in different orders. I had a real hard time to distinguish the songs from each other since I was focusing on the riffing and was forced to listen to and learn the songs. That's when I learned about songs, and their importance as such. I played that gig, I made it through, kicked ass and it taught me some important lessons, and after that gig I remained in the band.


...and this brings us to the fact that we've actually kicked life into Element Of Crime again after 20
years and are in the mid of rehearsing for a live gig in Stockholm at Snövit on friday march 20th. It's the original line up except for the bass player Kulle who sadly passed away some time ago - truly sad, really one of the nicest guys I've ever met - may he Rest In Peace. So we have my side-kick Mr Andy "Drake" Mallander filling his very important boots. I was never involved in the writing in Elements but the thing that stuck me now when relearning the tunes was the strength of the material, really great tunes with great lyrics. I believe however what I did in this band was pulling it from punk to hard rock/heavy metal with my playing, which gave the music a pretty unique character and style - kind of intelligent punk? ...or "Sleaze Punk" as someone said.

There are two albums out with what I believe basically all that we got down on tape from those days. The recordings are not top quality and not the best performed, but I believe we might get away with it - Hey, it's punk rock! Anyway the songs are there and I believe you'll find some pretty cool lead guitars in there from a very early version of PM Saari, enjoy.