New EP “The Club Of Internal Admiration (A Slight Return)” 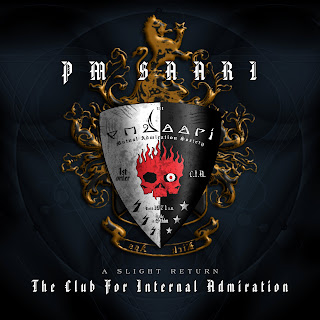 I’m proud to officially announce that my new release called “The Club For Internal Admiration (A Slight Return)” will be out on Friday April 29th. It’s a four song EP with three originals that are more or less revisited material with origins in the past, hence the “(A Sight Return)” and the fourth song being my first ever recorded cover. The music style this time around is hard rock very heavily influenced by 1980's heavy metal, into which the cover song also fits in nicely.

The first two songs “1982” and “The Club For Internal Admiration” (yes I like to abbreviate it as “CIA”) are kicking, early 1980’s heavy metal rockers with some splashes of punk and plenty of attitude. Song three called “A U” is a melodic and maybe a bit more progressive little beautiful thing.

As you might have understood I never make it easy for myself and this time I might have gone way over the top, but I chose to record a cover, my own version of a song from my absolute favourite band and from my absolute favourite and my all time most influential and important album - so no pressure here - the song I’m talking about is “Total Eclipse” (a B-side to Run To The Hills, but was supposed to be on, and should have and later also was added to, the album “The Number Of The Beast”). Above all I didn’t want to make a version similar to the original but make my own version of the song, change some of its character. I mean, what would be the point of trying to make a copy of the original, which would be destined to totally fail anyway? Certainly the hardest thing I’ve ever done, on many levels but mainly reproducing/rearranging a, according to me, perfect song and also performing it. Anyway, I hope you’ll enjoy my humble celebration and tribute to the best band and album in the world. 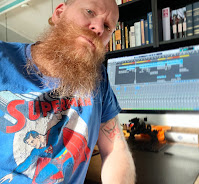 All the songs are recorded, arranged, produced and mixed by me. I perform all the guitars and vocals, Andreas Mallander performs the fretless bass and Patrik Idman the drums. All songs except “Total Eclipse” are written by me, “Total Eclipse” is written by Steve Harris, Dave Murray and Clive Burr. All artwork and visual design is made by me and as you might have noticed this whole EP is somewhat paying homage to the legacy of my former band Burnitude.

I put loads of time and energy into trying to get everything as I wanted on this release, even more than before, trying to get that 1970-80’s feeling with digital in the box recording and mixing and I believe I pushed my abilities and my chops in all areas even further with this one.

You'll find it everywhere on Friday 29th, some direct links are found at my new official portal at: https://www.saari.net .